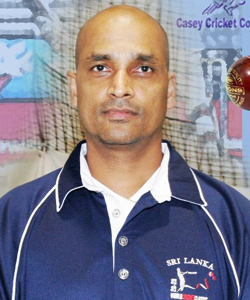 A former Sri Lankan Test Cricket All-rounder, with an international career spanning over 15 years, Athula(Sammy) brings with him an abundance of cricket experience at the highest level. His career has taken him around the cricketing world competing against some of the best players in recent history, and has had no greater honour than representing Sri Lanka in 2 Cricket World Cups – 1983 in England and in 1992 in Australia and New Zealand. His First Class debut in 1982 at the age of 21 was made as an opening batsman against the Aussies, which included Dennis Lillee and Rodney Hogg.

Sammy specializes in innovative coaching techniques and practice drills for all of the above. One of his strongest assets is error detection and correction for these disciplines. Sammy provides immense coaching experience as the Head Coach of a coaching team. Being coached in many countries including Bangladesh, England, Sri Lanka and New Zealand (Sammy coached 13 schools in new Zealand on a weekly basis covering about 300 students). Now a resident with his family here in Melbourne, Sammy still plays cricket in the suburban leagues of Victoria and is heavily involved in coaching throughout the year for various schools and club teams. Sammy's vision is to give the best possible advice to cricketers at all levels. His unique coaching team consists of former international cricketers, aiming to give players the best quality coaching from experts in the game including the opportunity to be coached within match situations. All players will receive highly intensive coaching sessions

Dulip is a brilliant opening batsman who represented Sri Lanka in Tests and One day internationals in the 1990's. Having played first Cricket for over 15 years and as a professional coach/player in many countries including Bangladesh, England and Sri Lanka Dulip brings all-round experience with him, is one of the senior cricket coaches at Casey Cricket Coaching . Dulip currently plays for the 1st XI at Johnson Park Cricket Club in the Ferntree gully District and heavily involved in Senior and Junior coaching since 2004 season. Dulip has won many awards with his current club including. Fever Medal for best player in FTGDCA year 2004 Fever Medal for best player in FTGDCA year 2006 Best Batsman in FTDDCA year 2005 Best Batsman in FTGDCA year 2006 Holds the record for the highest score by an individual (235 Not out) in FTGDCA. 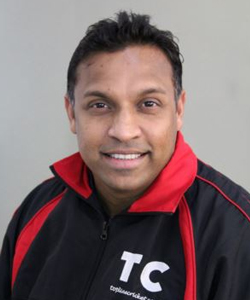 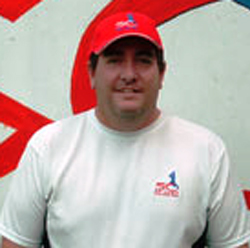 Craig is the new addition to the unique team of cricket Coaches at Casey Cricket Coaching. Bringing in with him Plenty of playing and coaching experience from District 1st cricket in both NSW and South Australia, throughout his playing career. Craig has also captained the Victorian RAAF and represented the Australian RAAF & Australian Combined Services. He still enjoys playing a game of cricket when ever he get free time at Hallam CC, Craig's coaching duties for the club remains his priority since year 2000. He has worked with the club, as Junior Coaching Co coordinator, with all junior sides and has contributed vastly towards countless Hallam boys playing representative cricket. His outstanding technical knowledge and vast coaching experience, mixed with a very calm disposition, make him a perfect candidate to develop the youngsters that he works with.